The future of note-taking is really sketchy 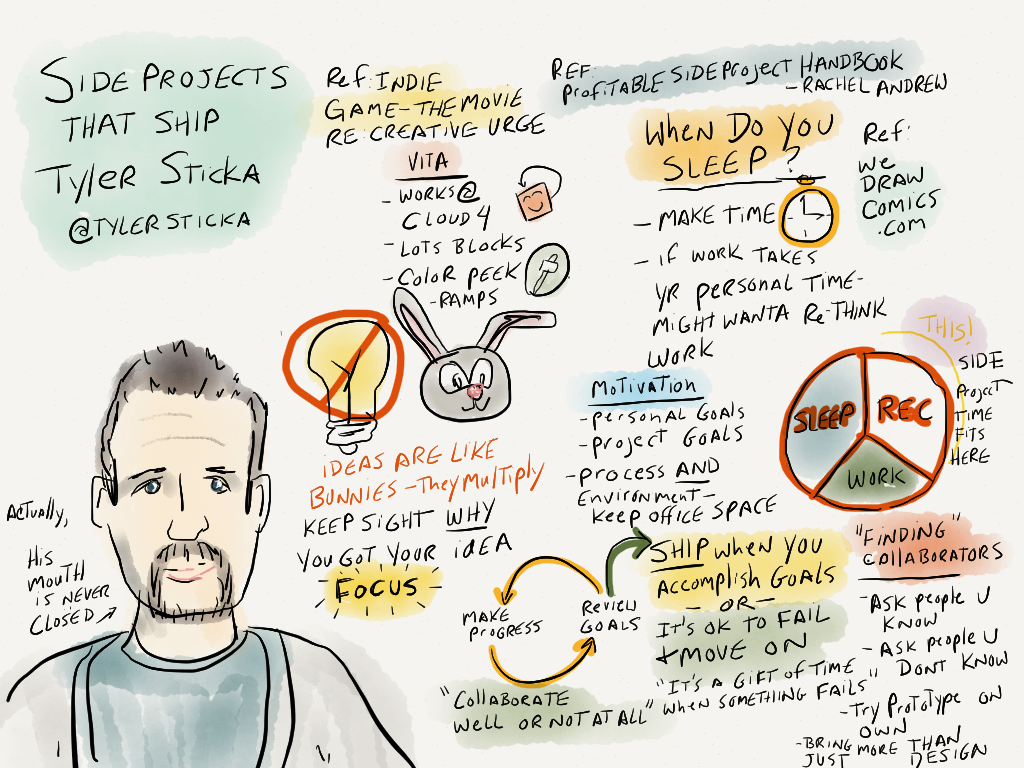 Last month at WebVisions NYC we noticed Gary Schroeder (@gary_schroeder) doodling during some of the sessions. We thought, “Dude, you’re missing the good stuff!” Alas, he was not. In fact, he was creating some pretty awesome sketchnotes of each of the sessions. Don’t have to take our word on it… look at his illustrations from Maria Guidice’s keynote. 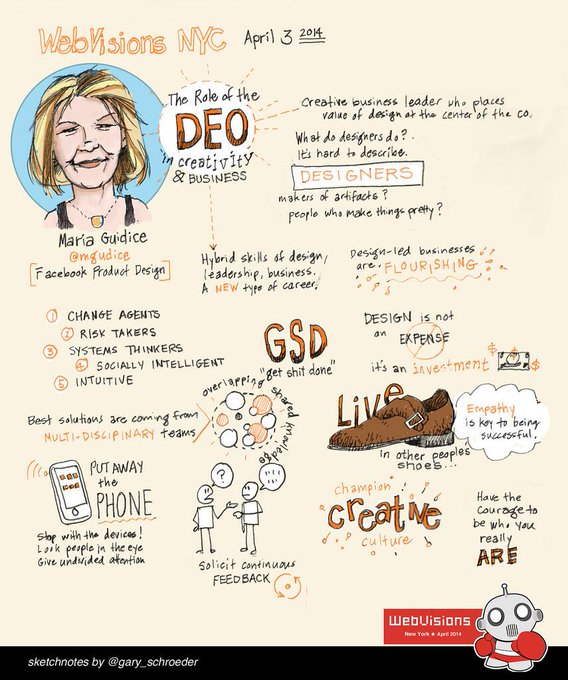 Using an old iPad, the popular Paper app by 53, and a stylus, Moss set out to test whether using both sides of his brain to take notes would make them more engaging and help him better remember the information.

“Although drawing works for creating ideas, I wondered whether my notes would be more useful if I tried sketching them,” Moss writes. Here’s what he discovered…

Moss says he drew inspiration from “The Sketchnote Handbook: The Illustrated Guide to Visual Note Taking,” half of which he read after his first day of drawing. “The book is half inspiration and half ‘how to,’” he says.

You can see all of Moss’s sketches on his Google+ page.

Moss wasn’t the only one sketching notes at WebVision PDX. One of our speakers – Matt Lavoie (“Introducing UX to Decade Old Applications”) – got in on the action. Here are his sketchnotes on Indi Young’s session, and Brian David Johnson’s keynote.